What is Adam Style in Interior Design?

Adam Style is a British neoclassical style that developed in the latter half of the 1700s. This style emerged as a reaction to the more fanciful rococo style of the 1750s and is characterized by slender, graceful lines, refined shapes, and restrained ornamentation.

The Adam brothers, Robert and James, were influential architects and designers who played a major role in popularizing this interior design style. Their work was greatly influenced by classical antiquity and the Renaissance, as well as contemporary French design trends.

Adam Style interiors are known for their clean, orderly appearance and symmetry. Furniture is often arranged in formal groupings, and walls are often decorated with patterned wallpaper or plaster reliefs.

While the Adam brothers are most associated with this style, it continued to be popular even after their deaths in 1792. In fact, it remained one of the most fashionable interior design styles throughout the Victorian era.

If you’re interested in incorporating Adam Style into your own home, there are a few key elements to keep in mind. First, focus on clean lines and simple shapes. Second, use light and airy colors to create a sense of spaciousness. Finally, add a few carefully chosen embellishments to add just a touch of luxury.

What is Adam style furniture?

Common pieces of Adam style furniture include sofas, chairs, chaises, settees, and card tables. Many of these pieces feature intricate carving or inlaid woodwork and are often upholstered in fabrics such as damask or brocade.

If you’re interested in creating an Adam style interior, start by choosing a few key pieces of furniture. Then, accessorize with items such as table lamps, vases, and artworks that reflect the light and airy aesthetic of this popular design style.

What is an Adam style fireplace?

An Adam style fireplace is typically characterized by its slender, graceful lines and restrained ornamentation. This type of fireplace was very popular during the late 1700s and early 1800s and often featured plaster reliefs or patterned wallpaper on the surround.

If you’re interested in creating an Adam style fireplace in your home, start by choosing a mantelpiece with clean lines and simple detailing. Then, select a surround that reflects the light and airy aesthetic of this popular design style. For example, you might opt for a white marble surround or a plaster relief that depicts classical motifs such as laurel wreaths or garlands.

What are the architectural designs of Robert Adam?

Robert Adam was a Scottish architect and designer who was highly influential in the development of the neoclassical style. His work was greatly influenced by classical antiquity, the Renaissance, and contemporary French design trends.

Adam is best known for his use of light and airy colors, as well as his focus on clean lines and simple shapes. He also popularized the use of plaster reliefs and patterned wallpaper in interior design.

Some of Robert Adam’s most famous architectural designs include:

He also designed numerous private residences, many of which are still standing today. 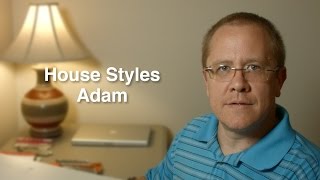